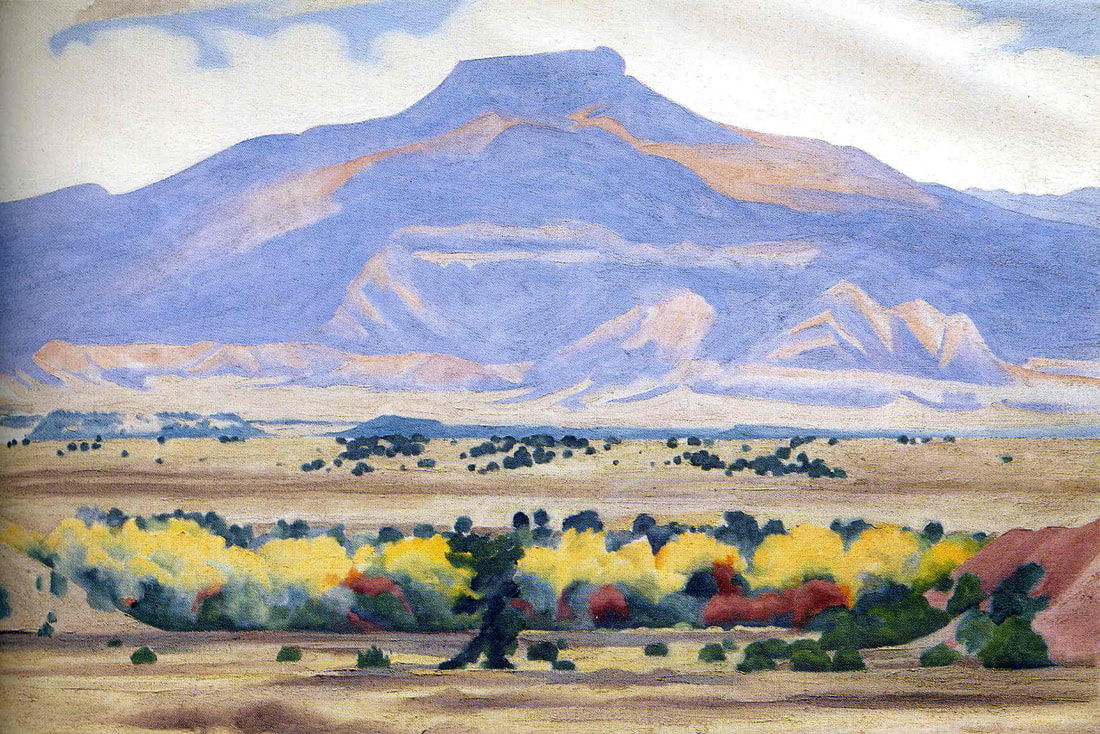 Mastering the fundamentals and various approaches to oil painting is challenging and rewarding. You’ll learn about oil painting techniques for still life, landscapes/seascapes, architecture, abstract and expressionism and more, via step-by-step tutorials and creative challenges. Enjoy learning how to paint with oil paints!

​The Mediterranean societies of antiquity, most notably the Greeks, the Egyptians and the Romans used a paint that consisted of a mixture of beeswax encaustic, mineral pigments like iron or copper and tempera, vegetal like flax, walnut and poppy seed oil were known to these cultures, but there is no specific indication that they were used in paint. This method of paint creation, as with so much ancient technology, was lost in the intervening years, the final blow to paint creation likely being the fall of Rome.  Thereafter the encaustic paint was replaced by oil or tempera paints.

Tempera paint is a mixture of an organic binder such as whole eggs or animal glue, water, and vegetal essential oils.  It has a thinner consistency than oil paint and dries much quicker. Oil paint on the other hand, uses oil as a binder.  In Italy during the time of the Renaissance, the most commonly used oil for this purpose was olive oil as it was inexpensive and readily available.  However, it had an excessive drying time that was especially tedious in the case of figures.  So tedious in fact that it lead a German monk by the name of Theophilus to warn against the use of oil paint recipes including olive oil in the 12th century in his book Schoedula Diversarum Artium. Among other techniques was the use of a drying oil as a varnish on paintings, such as the technique referred to by 5th century medical writer Aetius Amidenus.  In the 8th century, the Japanese mixed lead with Perilla oil, and in the 14th century, Italian artist Cennino Cennini used a painting technique that involved covering tempera paintings with light oily layers.

According to Le vite de piu eccelenti pittori, scultori e architetori, Firenze, 1550 (Lives of the Artists) by Giorgio Vasari, the oil painting technique was invented –or rather reinvented- in Europe by the well-known Flemish artist Jan van Eyck in or around 1410.  He was not the first to use oil painting, but rather was the first to make use of a stable varnishing utilizing siccative oil, namely linseed.  Walnut oil and poppy seed oil were also in use, but were not as quick-drying as linseed oil.  These oils allowed for much faster drying of paint on canvas under the sun.  Jan van Eyck kept his secret until about 1440, a year before his death. After van Eyck, several painters made improvements on the formula, such as Antonella De Massina (1430-1479), Michelangelo, Da Vinci (1452-1519) and Titian (1488-1576) among others.  These secrets remained in Italy throughout much of the Renaissance, thus creating the supremacy among Italian Renaissance paintings.

Today, linseed oil is still the preferred oil in the creation of oil paintings, and can be easily made at home.