Study Material for this Lesson

The whole structure of the Steiner-Waldorf  curriculum is profoundly ecological.

The teaching method itself, going from the  whole to the parts, confirms this and encourages  children to keep the widest perspective on their  studies at any age. As examples: in the kindergarten  an active awareness of the seasons, in the Middle  School a sense of the wisdom revealed by the  intricate relationships of plants and animals, in  the Upper School an appreciation that analytical  thinking and holistic thinking each make their  different contribution to our understanding of  living processes.

The themes taken up in different classes within  the life sciences relate organically to the curriculum  throughout the school, subconsciously nourishing  a sense of unity within the whole.

As with other aspects of the Steiner-Waldorf  curriculum such as writing and reading, what is  recognisably learning in the conventional sense  does not appear until much later than is usually the  case. Nevertheless, as with writing and reading, the  skills only seem delayed to the superficial eye and  closer attention will show that seed preparations are  being made in the soil of earlier consciousness for  the faculties to germinate and grow rapidly in later  years. It is hard to avoid such growth metaphors to explain the richness and depth of the curriculum  and the teaching process.

It is remarkable that, many years before public  awareness of environmental issues arose, the  Steiner- Waldorf curriculum had laid the basis for  the cultivation of an ecological consciousness in  children.

As elaborated in the section on Early Years, Steiner-  Waldorf education perceives the very young child  as having a qualitatively different consciousness  from that of the adult or even the older child. There  is not the same separation or distance between self  and the world. The consciousness is much more  within the environment and within what attracts  attention, with sense impressions deeply absorbed  and played out through the limbs as activity and  imitation.

Any study of the life sciences needs to have  its foundation in such intense experiences but  modern life does not provide much time for young  children to be actively present in a natural and  living environment.

A Steiner-Waldorf kindergarten lays the basis  for this in number of ways:

* The celebrations of the festivals make the  rhythms of the earth, moon and sun an integral  part of the child's awareness of the world
* The time spent in creative play (working with  wood, wool, water and sand, for example)  brings a wealth of sensory experiences which  cultivate keen observation in later years
* Their teacher's care for the beauty and  orderliness of the Kindergarten environment,  inside and outside, will encourage those same  qualities in the children. It will also go deeper,  nurturing a respectful and precise attitude to  their investigations of nature when they are  older
* Stories, fairy tales, verses and artistic activities  develop the imaginative faculties, without  which the foundations of scientific method  are barren and the holistic quality of thinking  necessary to comprehend the complexity of the  living world is stunted

The underlying mood of these classes carryall the  themes relevant to the life sciences. The stories  that are chosen during these stages of development  reflect the changing relationship of the young child  to the living world.

In Classes 1 and 2, the stories carry themes of  transformation - the frog changing into the prince,  the death of the snake and the appearance of the  princess. They allow the children to understand  the language of the animals and to be aware  of other beings - gnomes, fairies - that guard  secrets or protect life. Such imaginative elements  are not fanciful, but lay foundations for a healthy  feeling relationship towards the complexities and  intricacies of animal/plant relationships and the  hidden qualities of the biosphere studied in the Upper School through the faculty of clear thinking.

In Class 3, creation stories give an holistic image  of the origins of the earth, plants, animals and  human beings. Other stories relate how particular  people, holy people or saints, cultivated a special  relationship with the animal world (e.g. St. Francis).  In the farming main-lesson, the children learn how  the farmer works with the forces of nature. As well  as ploughing, sowing and harvesting there are  hedges and fences to maintain, lambs to protect,  land to drain and crops to weed.

All of this forms the prelude to a more conscious  study of the living world in the following years, as  well as unconsciously confirming that an ecology  which respects and cares for the Earth has its  ethical basis in the moral development of human  beings.

There is a distinct threshold in the inner  development of the nine year old and in Class 4 this  establishes itself with the children experiencing  more distance to the people and the world around  them. The imaginative faculties are still deeply  drawn by a story, but the content now needs a  sharper definition. Observations and descriptions  of the living world which combine accurate detail  with a sense of the character of the plant or animal  and the environment in which they live, form a  bridge to Classes 6, 7 and 8.

The characterisation of a cow in Class 4, for  example, can allow the particular quality of the  animal to emerge from the details of its physical  form, its movements, its diet and its whole way  of life. The gaze, the movements, the chewing,  the teeth, the chambered stomach, the digestive  power which creates the richness of milk from its  unlikely source, the birth and development of the calf - all these characteristics do more than define  the cow as an 'herbivorous mammal: They allow  a feeling relationship to the cow, which is neither  sentimental nor a fantasy, but a healthy union of  the artistic, feeling faculty and exact observation.  This can include those ways in which a creature's  behaviour seems to reflect inner qualities such as  greed, loyalty, pride, cunning and determination.  At this stage of a child's development it is an  appropriate step towards objectivity for the children  to recognise that to be human is to be aware of  these qualities and to keep them in balance.

Teaching Class 5 about the oak tree, for  instance, with its unique characteristics and  gestures, through lively description, painting, and  poetry leads their own experiences towards an  accuracy of observation which does not degrade  the essential nature of the oak into a mere category.  The children's experience of animals remains  relatively holistic in quality and there is no need to  introduce ideas such as that of 'species: The aim is  to characterise the animals studied qualitatively so  that their life-patterns, relationship and adaption  to their environment can be appreciated.

The Class 6 geology, the Class 7 health and  nutrition themes and the Class 8 study of the  human body increasingly draw on the children's  own observations. The emphasis is on the  phenomena as they can be experienced (through  direct observation or the description of the teacher)  rather than on the theories that may be current in  contemporary science.

Gardening as an activity emerges from the  general care for the classroom plants to the  cultivation of a plot, where flowers and vegetables  can be grown, compost can be made and  responsibilities for the land awakened in a practical  way. Weekly lessons can accompany all life science  main-lessons through to Class 8.

The threshold between puberty and adolescence  gives birth to the faculties of thinking in a new  way. While the early trials of adolescence have  strong physical and emotional characteristics, it  is the awakening thinking which guides young  people towards some clarity on the great issues of  identity and meaning which rise up before them  increasingly: who am I?, what is life for?

The emphasis of the life sciences in Classes 9  and 10 is on the human body and the processes that  provide the physical basis for consciousness, health  and reproduction. The intention is to provide a basis  for appreciation and wonder of the living form. The  curriculum seeks to avoid presenting analogues  of the body as a machine, or human motivation  in merely determinist terms, in a way that tends  to narrow or reduce the outlook of young people.  They can, however, begin to compare and contrast  current and historical models for life science,  learning to recognise how theories evolve or are  rejected through proposing hypotheses and testing  them over time. Meanwhile, adolescents need  to exercise their burgeoning thinking capacities  on understanding the processes within the body,  recognising its complexities and mysteries and to  facing the issues that arise through the advance of  medical science.

Alongside these studies, practical work with  plant and animal should include field studies  and bring a direct environmental and ecological  emphasis to the life science curriculum.

By Classes 11 and 12, the adolescents' faculty of  thinking has strengthened and matured to become  more deeply engaged by ideas. The life science  curriculum meets this with a study of botany and  zoology in which current cell theory, genetics and  Darwinism play a major part. This emphasis is echoed in a study of atomic theory, light wave/  particle duality and astronomy in the chemistry  and physics main-lessons. Young people's thinking  is now mature enough to appreciate that there are  alternative scientific viewpoints than the ones  currently portrayed in the textbooks or through  popular science and technology. Through an  historical approach to scientific ideas and the  consequences of technology, they can gain the  perspective to recognise that a healthy science sees  theories rise and then fall as new phenomena are  explored.

The life sciences curriculum in a Steiner-  Waldorf school can lead young people to a clear  understanding of contemporary scientific theory,  an awareness of the human and environmental  issues, issues raised by technology, as well as  leaving them with a lively, open-minded attitude to  the future of both. 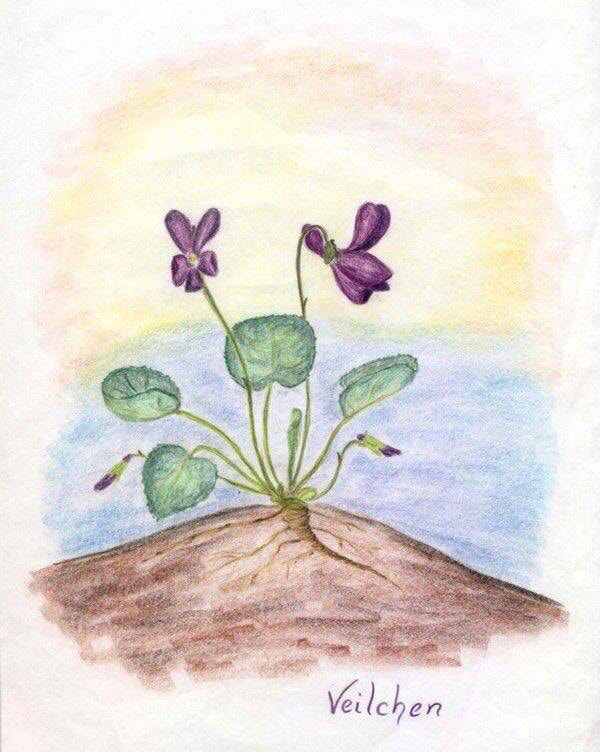